Targeted industry analysis can be approached in many ways.  Smart Solutions Group looks at several factors when reviewing what businesses have the best potential to succeed in a community or region. We put the most weight in the skills of the workforce, location quotient, Competitive Effect and clusters of business.

In most of Illinois, government is the largest employer in a county.  This is unique to the Midwest.  But because of current budget issues government has not seen much job growth over the last ten years in Illinois.  However, this six county region has seen a growth of 887 jobs.  The largest private sector growth is Meat Processed from Carcasses with an increase of 859 jobs.   The focus of the TIA report is the private sector.

When developing targets, we could come up with a list of several dozens.  But with limited resources we focus on twenty or less.

In the below tables we have included the data points we review.  In most of these industries the regions already have had some success.  You will see in some you have absolutely no presence of that industry such as General Warehousing.  However, we directed to look at transportation and with the interstate and proximity to major metro cities it makes sense to see if there could be some growth in this industry.

This study was meant to help you focus your marketing efforts by identifying industries to attract or retain.  The next step is to decide how best to reach the businesses in these industries through trade shows, marketing and visits. 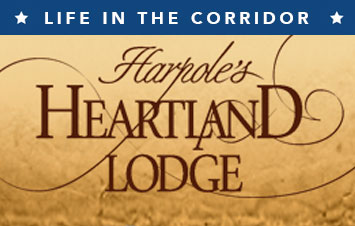 Harpole’s Heartland Lodge Brings Over 20,000 People to the I-72 Corridor

Twenty-three years ago, Gary Harpole had a vision to help grow the economy in his family’s hometown of Nebo, Illinois. Having traveled abroad, he saw Western Illinois with fresh eyes, appreciating the incredible beauty and tranquility of the area. Learn More!